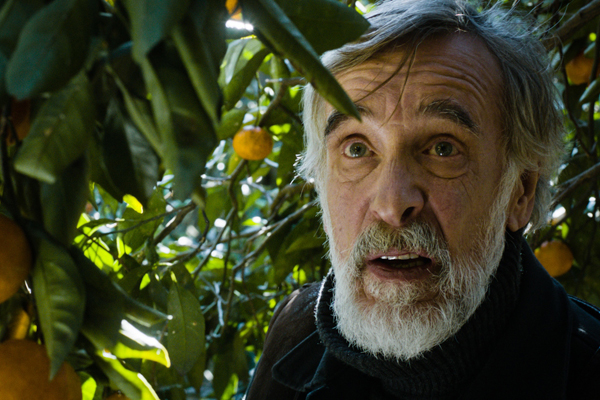 There have been Estonian settlements on the Caucasian Black Sea coast for over a hundred years. The 1992 outbreak of the bloody conflicts between Georgia and the Russia-supported republic of Abkhazia forced the majority of Estonians to return to the country of their forefathers. Their villages turned into ghost towns – only a few people stayed behind. Among them were aging carpenter Ivo and his neighbor Markus, who makes a living cultivating tangerines. The fruit is ripe and should be harvested soon, but the conflict gets in the way. In fact you could say it comes for a house visit. When a battle takes place right outside his door, Ivo takes in two badly wounded men: Achmed, a Chechen, and Nika, a Georgian. He soon discovers that housing deadly enemies is not easy. Yet he acts calmly and declares his home a diplomatic neutral zone. This deeply pacifist chamber drama is as tense as any thriller. (Palm Springs International Film Festival)