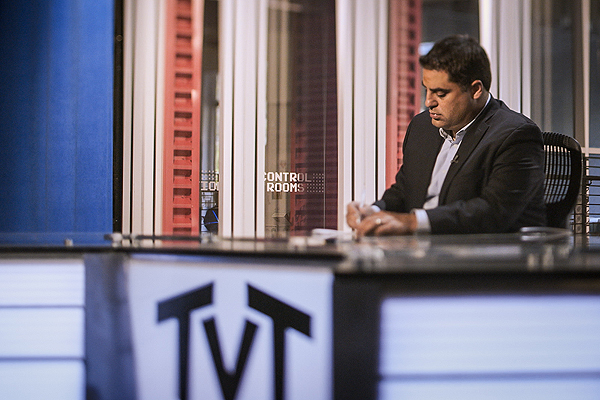 After graduating from law school, Cenk Uygur decided to create his own talk show on public access TV and became instantly hooked on political commentary. In an unlikely version of the American Dream, MAD AS HELL follows Cenk’s transition from those humble beginnings to his role as national host for MSNBC to the creation and success of his YouTube show “The Young Turks”—the most popular online news show in the world with over one billion views. With a mission to speak the truth, Cenk takes on traditional news media and becomes the thorn in their side with his controversial approach of never pulling any punches. MAD AS HELL is a perfect example of the changing media landscape and our desire for different voices. We see how Cenk and his loyal team, with their uncensored brand of journalism, navigate the traditional world of news while at the forefront of a burgeoning new media. (Charlotte Cook, Hot Docs Film Festival)