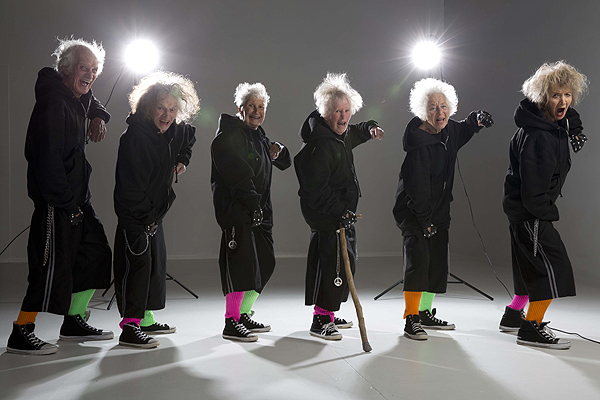 SBIFF 2015 Audience Choice Award Winner - scroll down for information on the award.

Who said your grandmother couldn’t be a hip-hop star? These senior citizens may each be almost a century young, but for Kara, (94) Maynie, (95) and Terri, (93) the journey to Las Vegas and the World Hip Hop Dance Championship is just the beginning of a life’s journey. Along with twenty-four other nonagenarians, they defy the odds and hip-hop their way into the hearts and minds of thousands of young fans from around the world. Led by their exuberant, “I must have been mad,” manager Billie Jordan, they learn to throw away their wheelchairs and walking sticks and push their bodies and artificial joints to the absolute limits of old age. “You’re all going …even if it’s in an urn,” she tells them. They respond that “there are only sixty dollars in the bank,” “I don’t really like the music,” “I worry about how to get my socks on,” and “I’ve never danced in my life.” With the help of Billie and young hip-hoppers from Street Dance New Zealand, they begin to believe. Along the way we hear how these extraordinary characters contributed to life and society in New Zealand. Their stories are a reminder of the country’s history and the joy of living life to the fullest. As Terri says, “Long Live Hip Hop!”

The Audience Choice Award, sponsored by the Santa Barbara Independent, went to the New Zealand documentary Hip Hop-eration (US Premiere), directed by Bryn Evans. The film follows a troupe of courageous, yet cheeky, senior citizens on an extraordinary quest to perform at the World Hip Hop Championships in Las Vegas.