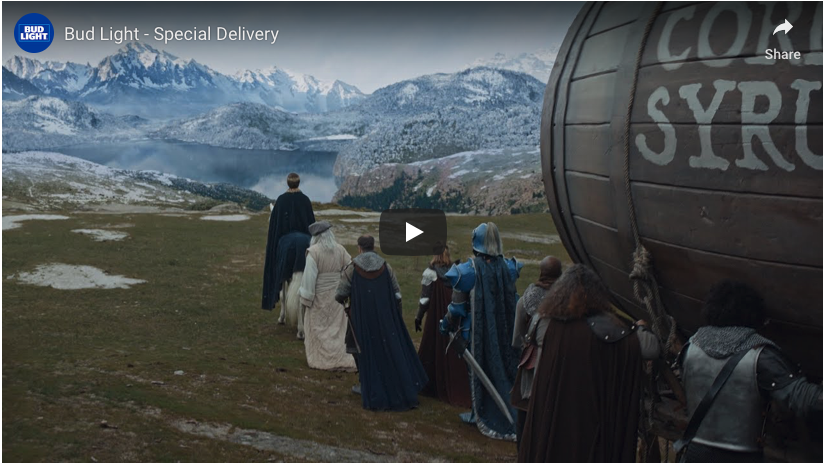 The game is in the books. Tom Brady now sits alone with the most Super Bowl rings of any player at 6. And the Patriots are now tied for most Super Bowl wins as a team with 6. Not a lot going on in the game. What about those commercials?

Definitely some gems in there. A couple of our favorites - Bud Light pokes it's competitors in a pretty effective way with "Special Delivery" and "Not Everything Makes theCut" at Amazon featuring Harrison Ford. The NFL 100 commercial - we liked that one too, particularly when 14 year old Sam Gordon entered the picture amongst all those legends. Everyone asked, "who is she?". We found out. See below!

Not Everything Makes the Cut – Amazon Super Bowl LIII Commercial

bubly Super Bowl LIII Teaser: "Can I have a bublé?"

This is a shortened version. Looking for the long version that aired on TV.

Kia - The Great Unknowns - What If?

Microsoft - We All Win

Planters - Mr. Peanut Is Always There In Crunch Time

Stella Artois - Change Up The Usual

Verizon - The Team That Wouldn't Be Here

Everyone's been asking who the girl is amongst all those legends. She is Sam Gordon, a 14 year old award winning football player.

As per the NFL, "Gordon's story started when she was a nine-year-old girl dominating an almost all-boys tackle league in Utah. However, a few years later, when Sam wanted to keep playing her favorite sport, she learned that there were no more leagues in which girls could play. Gordon and her father, Brent, launched the Utah Girls Tackle Football League – the first all-girls tackle football league. It was an immediate hit – doubling in size after its first year – and inspiring similar leagues in Indiana, Georgia, and Canada."